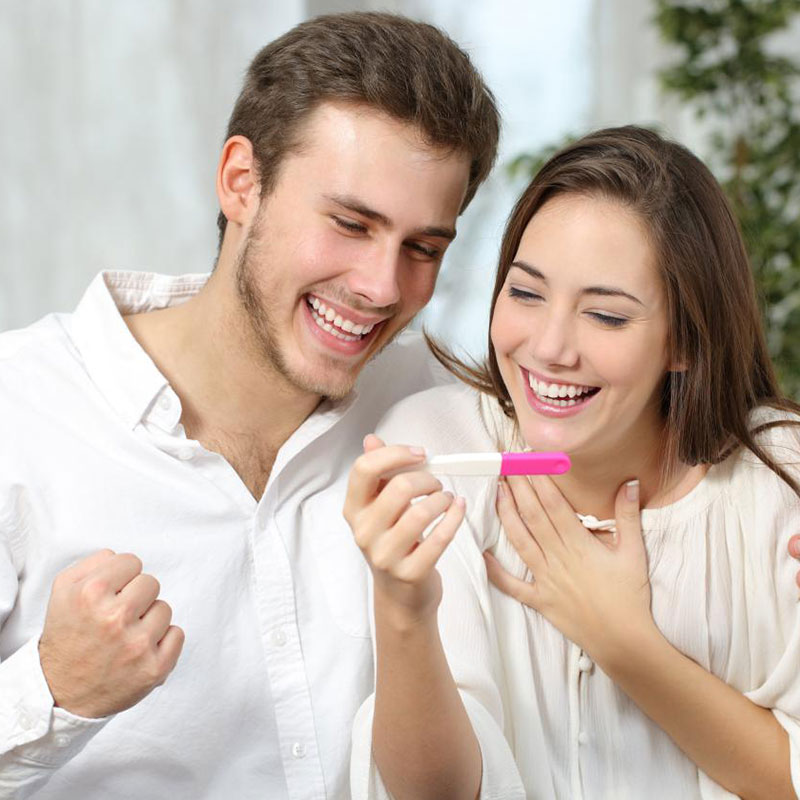 One Step beta-hCG Urine Test is a rapid pregnancy test, to detect the unique beta unit of human chorionic gonadotropin (hCG), which appears in urine very early during pregnancy, and increase along the pregnancy process.

hCG (human Chorionic Gonadotropin)is a glycoprotein hormone produced in pregnancy that is made by the developing embryo after conception and later by the syncytiotrophoblast (part of the placenta). hCG is excreted in the urine of pregnant women and Early pregnancy testing, in general, is based on the detection or measurement of hCG in urines. In certain cases, the detection of hCG in serum is recommended.