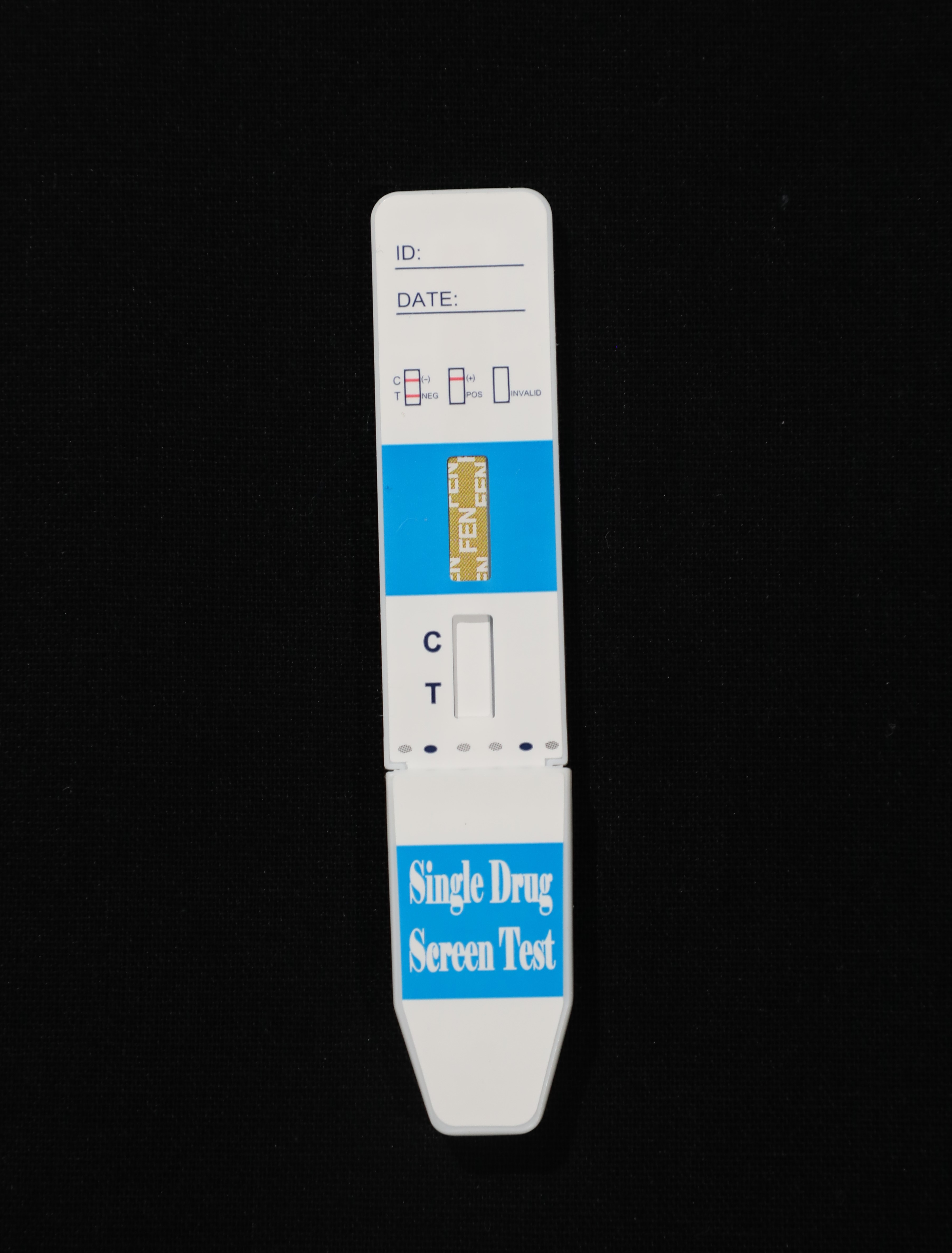 The Fentanyl (FYL) Rapid Test is a rapid immunochromatographic assay for the qualitative detection of Norfentanyl, a metabolite of Fentanyl. It is a potent narcotic analgesic, abuse of which leads to habituation or addiction. It is primarily a mu-opioid agonist. It is closely related to methylfentanyl, a street drug and to alfentanil and sufentanil, which are marked as narcotic analgesics.

Fentanyl, belongs to powerful narcotics analgesics, and is a μ special opiates receptor stimulant. Fentanyl is one of the varieties that been listed in management of United Nations "Single Convention of narcotic drug in 1961". Among the opiates agents that under international control, fentanyl is one of the most commonly used to cure moderate to severe pain1. After continuous injection of fentanyl, the sufferer will have the performance of protracted opioid abstinence syndrome, such as ataxia and irritability etc2,3, which presents the addiction after taking fentanyl in a long time. Compared with drug addicts of amphetamine, drug addicts who take fentanyl mainly have got the possibility of higher infection rate of HIV, more dangerous injection behavior and more lifelong medication overdose.