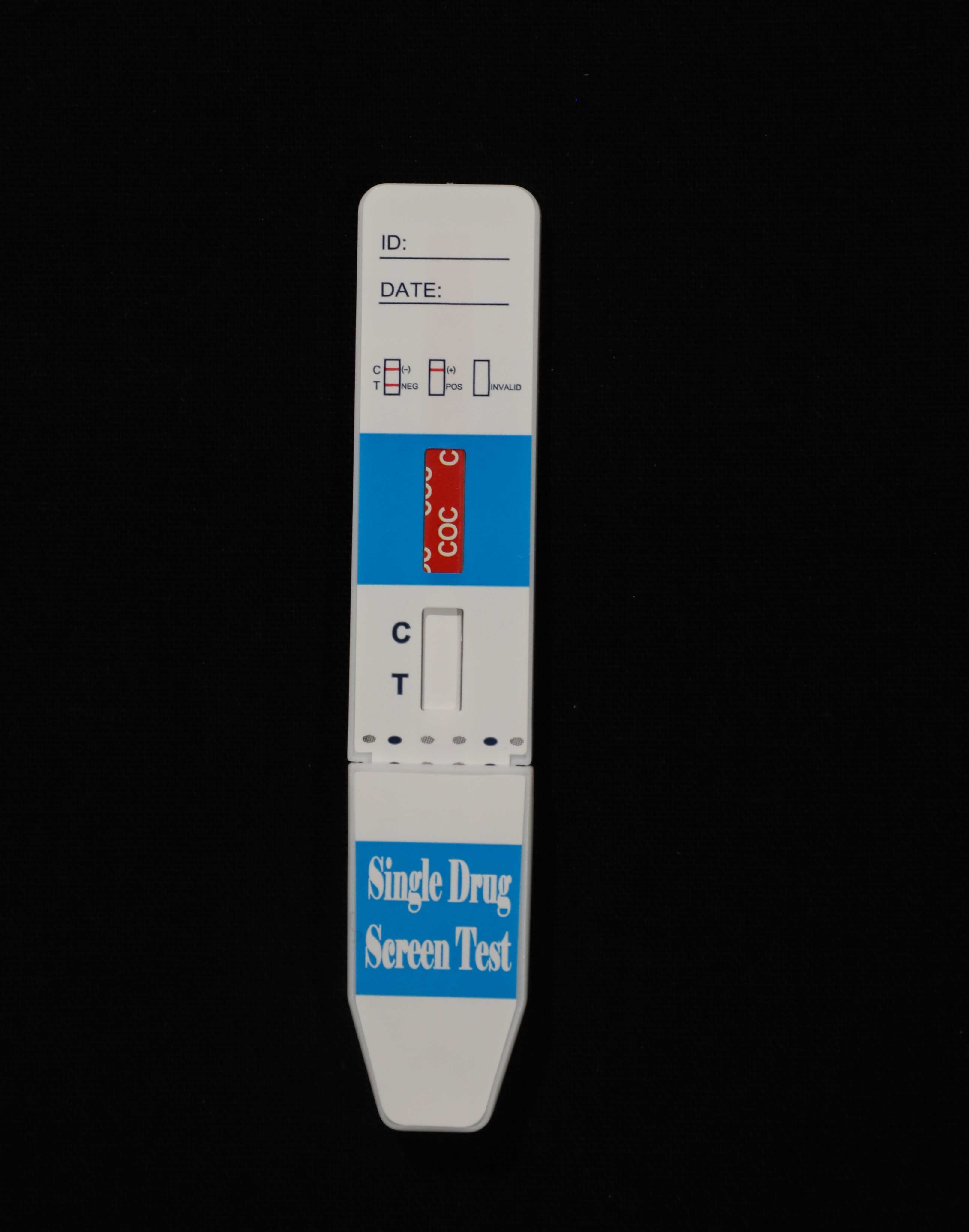 The COC Rapid Test is a rapid chromatographic immunoassay for the qualitative detection of Cocaine metabolite, Benzoylecgonine, in human urine/saliva. This test will detect other related compounds, please refer to the Analytical Specificity table in this package insert.

Cocaine is a potent central nervous system (CNS) stimulant and a local anesthetic. Initially, it brings about extreme energy and restlessness while gradually resulting in tremors, over-sensitivity and spasms. In large amounts, Cocaine causes fever, unresponsiveness, and difficulty in breathing and unconsciousness. Cocaine is often self-administered by nasal inhalation, intravenous injection and free-base smoking. It is excreted in the urine in a short time primarily as Benzoylecgonine.

1,2Benzoylecgonine, a major metabolite of Cocaine, has a longer biological half-life (5 - 8 hours) than Cocaine (0.5 - 1.5 hours), and can generally be detected for 24-48 hours after Cocaine exposure.2 The COC (Cocaine)Test Cassette is a rapid urine screening test that can be performed without the use of an instrument. The test utilizes a monoclonal antibody to selectively detect elevated levels of Cocaine metabolite in urine.