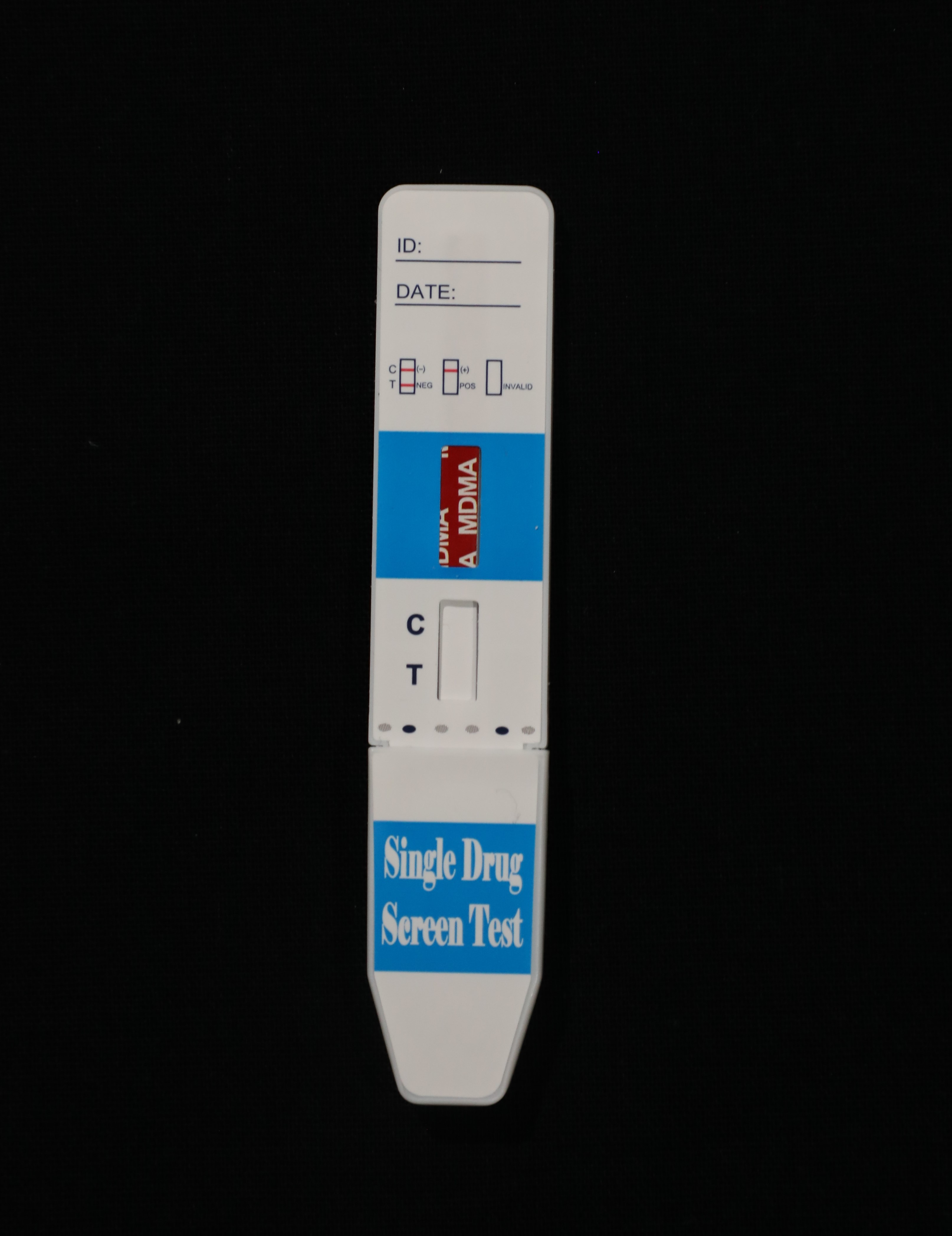 The MDMA Rapid Test is a rapid chromatographic immunoassay for the detection of Methylenedioxy-methamphetamine (primary ingredient of Ecstasy) in human urine/saliva. This test will detect other related compounds, please refer to the Analytical Specificity table in this package insert.

Methylenedioxy-methamphetamine (Ecstasy) is a designer drug first synthesized in 1914 by a German drug company for the treatment of obesity. 1 Those who take the drug frequently report adverse effects, such as increased muscle tension and sweating. MDMA is not clearly a stimulant, although it has, in common with amphetamine drugs, a capacity to increase blood pressure and heart rate. MDMA does produce some perceptual changes in the form of increased sensitivity to light, difficulty in focusing, and blurred vision in some users. Its mechanism of action is thought to be via release of the neurotransmitter serotonin. MDMA may also release dopamine, although the general opinion is that this is a secondary effect of the drug (Nichols and Oberlender, 1990). The most pervasive effect of MDMA, occurring in virtually all people who have taken a reasonable dose of the drug, is to produce a clenching of the jaws.